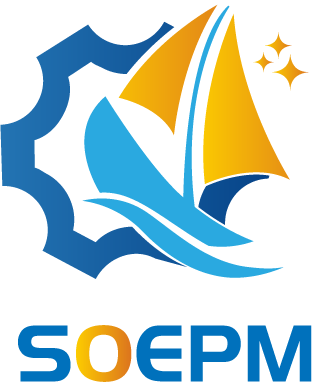 Teng Bin is a professor and doctoral supervisor in the Department of Water Resources Engineering of Dalian University of Technology. He received his Ph.D. degree from Dalian University of Technology in 1989, and was a postdoctoral fellow at Oxford University, UK, from December 1990 to January 1993. Prof. In September 2001, he was appointed by Dalian University of Technology as a Distinguished Professor under the "Changjiang Scholar Award Program" of the Ministry of Education. Prof. Teng Bin is mainly engaged in the research on the interaction between waves and coastal and offshore engineering structures, and has conducted in-depth research on the interaction between nonlinear waves and deep-sea structures and the dynamic response of structures. He has proposed a new integral equation in wave problems; proposed a fast algorithm for second-order velocity potential on free water and applied this algorithm to calculate third-order wave forces on axisymmetric objects; established a mathematical model of full bypass under the joint action of waves and currents and calculated the wave climbing height on structures under the coexistence of waves and currents; developed a second-order action of waves on marine engineering structures and structural dynamic response in the frequency and time domains A large scale software package was developed. He has received a key grant from the National Natural Science Foundation of China and several other grants, and has published more than 70 papers in domestic and international journals, 11 of which were published in foreign journals such as "Coastal Engineering" and "Ocean Engineering". At the same time, he won the third prize of National Science and Technology Progress, two second prizes and one third prize of Provincial Ministry Science and Technology Progress, and was awarded the National Outstanding Youth Fund in 2000. He also serves as an editorial board member of Journal of Dalian University of Technology, Journal of Ocean University of China, Hydrodynamics Research and Progress, and Journal of Hydrodynamics, etc. He is a member of the technical committee of International Society of Offshore and Polar Area Engineers (ISOPE), a member of the scientific committee of International Conference on Hydrodynamics ( He is a member of ISOPE Technical Committee, International Conference on Hydrodynamics (ICHD) Scientific Committee, Executive Committee and Advisory Committee of Asia Pacific Offshore Engineering Conference (PACOMS).

Prof. Zongzhi received his B.S. and M.S. degrees from Dalian University of Technology in 1986 and 1989, and his Ph.D. degree from Hiroshima University, Japan, in 1995. from 1995 to 2004, he worked at the Institute of High Performance Computing, Singapore, as a senior research engineer, chief research engineer, and Ph.D. supervisor and scientist at the National Bureau of Scientific and Technological Research. Since 2003, he has been a professor at Dalian University of Technology, School of Shipping , Ph.D., and briefly went to Aalto University, Finland as a tenured professor in 2016. He has served as Deputy Head of the Department of Shipbuilding and Dean of the School of Shipbuilding Engineering at Dalian University of Technology, Vice President of the Liaoning Shipbuilding Society, Deputy Director of the State Key of Industrial Equipment Structure Analysis, and Editorial Board Member of several academic journals at home and abroad. He has been responsible for more than 60 key projects and surface projects of the National Foundation of China, special projects for high-tech ships of the Ministry of Industry and Information Technology, naval condition assurance construction projects, pre-research projects and projects entrusted by state-owned enterprises. He has published seven monographs (three of which are published by Elseview, CRC and Lambert Academic Press) and more than 300 papers, including more than 190 SCI-indexed papers. He has trained 20 doctoral students and nearly 100 master students. He has received the Natural Science Award and Science and Technology Progress Award from the Ministry of Education, the Science and Technology Progress Award from the Ocean Engineering Consulting Association, the Science and Technology Progress Award from the China Shipbuilding Society, the Dalian Academic Monograph Award and the Invention Patent Award.

Ning Sun received the B.S. degree in measurement & control technology and instruments (with honors) from Wuhan University, Wuhan, China, in 2009, and the Ph.D. degree in control theory and control engineering (with honors) from Nankai University, Tianjin, China, in 2014. He is an IEEE Senior Member. He is currently a Full Professor with the Institute of Robotics and Automatic Information Systems, Nankai University, Tianjin, China. His research interests include intelligent control for mechatronic/robotic systems with an emphasis on (industrial) applications. Dr. Sun received the IEEE Outstanding Paper Award for the IEEE Transactions on Industrial Electronics (corresponding author), the Machines 2021 Young Investigator Award, the prestigious Japan Society for the Promotion of Science (JSPS) Postdoctoral Fellowship for Research in Japan (Standard), the ICCAR 2022 Young Scientist Award, the Wu Wenjun Artificial Intelligence Excellent Youth Award in 2019, the China 10 Scientific and Technological Developments in Intelligent Manufacturing (2nd achiever) in 2019, the Outstanding Paper Award of the 2021 International Conference on Applied Nonlinear Dynamics, Vibration, and Control (corresponding author), etc. He serves as the Executive Editor for Measurement and Control, and an Associate Editor (editorial board member) for several journals, including Frontiers in Neurorobotics, International Journal of Control, Automation, and Systems, IET Cyber-Systems & Robotics, Transactions of the Institute of Measurement and Control, International Journal of Precision Engineering and Manufacturing, etc. In addition, he has been an Associate Editor of the IEEE Control Systems Society (CSS) Conference Editorial Board (including ACC, IEEE CDC) since July 2019, and he is/was an Associate Editor for the top robotics conferences IEEE ICRA and IEEE/RSJ IROS.

Shuqing Wang is a professor, doctoral supervisor and deputy director of the Department of Marine Engineering, College of Engineering, Ocean University of China. His main research interests include structural damage diagnosis, health inspection and safety assessment technology of marine platform, deep-sea platform/riser/cable coupling dynamic analysis technology research, eddy-excited vibration analysis of slender pipeline, etc. He has presided over many scientific research topics such as National Natural Science Foundation of China and 863, published more than 80 papers, applied for 8 national invention patents, of which 5 were granted and 3 were disclosed, and obtained 1 software copyright. He is the editor-in-chief of one monograph and the co-editor of one monograph. He also won the First Prize of Natural Science of the Ministry of Education (2nd), the Second Prize of National Science and Technology Progress (6th and 7th), and the First Prize of Science and Technology Progress of Shandong Province (4th and 9th), and was selected for the New Century Excellent Talent Support Program of the Ministry of Education in 2010.

Prof. Tianhui Fan, associate professor, deputy director of the Department of Ship and Ocean Engineering, vice chairman of Guangzhou Young Scientists Association, executive director and deputy secretary-general of Guangdong Shipbuilding Engineering Society, the first batch of the "Young Talent Support Project" of Guangzhou Science and Technology Association The winner of the title of young scientific and technological talents (marine subject), the project evaluation expert of the Ministry of Science and Technology, the National Natural Science Foundation of China, the Guangdong Provincial Department of Science and Technology, and the Guangdong Provincial Association for Science and Technology. He is also the deputy editorial board member of China Ocean Platform. In recent years, he has published nearly 40 high-level academic papers in TOP journals and internationally renowned conferences such as OMAE (Including 10 papers in the first area of JCR).